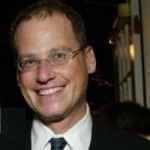 Through Eric’s leadership, Camp Twin Lakes (CTL) provides life-changing camp experiences for children facing serious illnesses, disabilities, and other life challenges. Since he arrived in 2005, CTL has expanded to 3 sites and increased capacity by more than 60 percent, gone “green,” and added new programs for children with Autism, Spina Bifida, craniofacial disorders, Tourette Syndrome, and many other populations. In recent years, Camp Twin Lakes has added a 200-acre farm with plans to eventually grow most of its own food. CTL serves more than 9,100 campers annually.

Eric is a native of Pittsburgh; holds a Bachelor degree in Psychology from Georgia State University and a Master in Social Work from Yeshiva University. He is married to Ana, the Executive Director and founder of Jewish Kids Groups, and is the father of Sasha Irene.

Eric was the recipient of the Harvard Business School Club of Atlanta’s Alumni Scholarship for non-profit leaders and is a member of the 2009 Leadership Atlanta class. Eric was named one of Atlanta’s “50 Most Influential Nonprofit Leaders 2013-2014” by the Atlanta Business Chronicle.