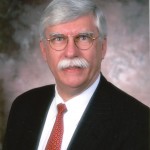 Jim Black has been an entrepreneur, technology leader and new enterprise advocate in Atlanta since 1980.

That year, Jim co-founded VideoStar Connections, a pioneering satellite business television company.  He served as Executive Vice President and on the Board of VideoStar until 1989, when Electronic Data Systems (EDS) acquired the Company.  He later became Chairman and CEO of AvData Systems from 1990 until the company merged with ITC^DeltaCom in July 1999.  He served as a Senior Vice President of ITC^DeltaCom until July 2000 and continued to serve on the Board of Directors until late 2002.  Jim also co-founded Learn.net, an on-line training and learning management system and was a key member of the board of Air Quality Sciences (a pioneer in the indoor environmental and product emissions testing).  AQS launched the GREENGUARD Environment Institute, a nonprofit, voluntary product certification program in 2000.  The program grew from two products the first year to over 40,000, when Air Quality Sciences and GREENGUARD were sold in 2011 to Underwriters Laboratories, better known as UL.  Prior to his entrepreneurial pursuits, Jim was director of sales and marketing for Scientific Atlanta’s Satellite Communications Division.
In 2000, Jim contributed to Atlanta’s technology community by co-founding and running the MIT Enterprise Forum, a nonprofit educational organization dedicated to assisting entrepreneurs and encouraging innovation and new enterprise.  The Forum honored Jim with Life Membership in 2012, and he remains an active volunteer. The MIT Enterprise Forum is one of the preeminent technology groups in the Southeastern US.

While away from business, he’s not far from technology.  Jim and his wife Marilyn, a PhD scientist and successful entrepreneur, endowed the Apollo Grant at Trinity School in 2000.  The primary purpose of the Grant is to bring inspiring engineers, innovators, explorers and scientists to the school to spend a day with the students.  Past “Apollo Residents” have included Frida Waara, who led the first unassisted, all female expedition by dog sled to the North Pole; Dana Yoerger, underwater robotics engineer, who was on Bob Ballard’s team that found the Titanic and went on to discover deep ocean volcanos and unique life forms off the Galapagos Islands; and Col. Pamela Melroy, USAF test pilot and astronaut, who flew three missions on the Space Shuttle.

Similarly, in 2007 Jim and Marilyn were founding sponsors of the Westminster “WiredCats” high school robotics team.  Based on the Team’s success in regional competitions their first season, they qualified for the International Championship.   The Blacks have continued to support the Team, and every year since 2008, the WiredCats have qualified for the International Championship, including this current year.

Jim earned bachelor and master degrees in engineering from MIT and an MBA from Harvard Business School. His career started with the Apollo program in 1969, and he also served as a captain in the Air Force during the Vietnam era.  In the Air Force, he qualified as an expert marksman.