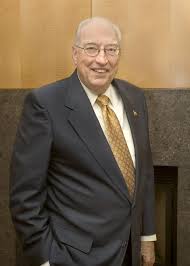 Community Involvement  (past Chair or Board member of the following)

Kent C. “Oz” Nelson served as Chief Executive Officer and Chairman of United Parcel Service from 1989 to 1996.   He started working at UPS in 1959 right after graduating from Ball State University, and held various positions with United Parcel Service, mostly in the sales and customer service areas.  Oz also started the marketing department in the late 1970s.

I have a small personal connection to Oz since I worked for UPS during his tenure as CEO.  I worked in marketing for UPS when he moved it from Greenwich, CT to Atlanta in 1991.  Approximately 97% of employees in Greenwich, including clerical workers, moved to Atlanta since they could see the advantages of Atlanta and believed Oz was making the move for their benefit.  He was accessible to employees and often ate in the tiny cinderblock lunchroom in the old Greenwich headquarters.  People loved him.

Oz was Chairman of the Annie E. Casey Foundation, the world’s largest foundation dedicated to helping disadvantaged children.  He was also a member of the board of directors Columbia/HCA Healthcare Corporation.

More local to Atlanta, he was Chair of The Carter Center and worked closely with Jimmy Carter.  He was also Chair of the Center for Disease Control Foundation and served as a Director of the United Way of Metropolitan Atlanta as well as United Way of America.

He has been active in several educational initiatives including the Partnership for Kentucky Schools and the Atlanta Chamber of Commerce Education Committee.  Nelson was also appointed to the Georgia Governors Education Reform Committee and was on the Board of Trustees of Ball State University Foundation