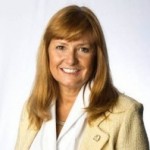 Karen Robinson Cope is a serial entrepreneur who has been CEO of 4 angel or venture backed companies and is one of only a handful of women who has raised over $75 million in the Southeast. She has successfully built and sold three companies in her career.

She is currently Executive Vice President at NanoLumens, Inc. an award-winning, privately-held corporation with a patented display technology that is transforming the way creative professionals and businesses perceive, utilize, and benefit from large format, digital displays. Previously, Karen was CEO of Prime Point Media, one of the largest Alternative Out of Home advertising companies in the United States which was acquired by a Canadian publicly traded company in 2006. Prior to Prime Point Media, Karen was Chairwoman, President and CEO of Enrev Corporation, a company focused on power supply technologies, which was sold in 2001.

She has been recognized by Atlanta-based Women in Technology when she won its Woman of the Year in Technology Awards in 2000 and was named to Wireless Weekly’s list of top 20 Women in the wireless industry. Karen is a frequent speaker at both the regional and national levels and she has spoken at MIT, Georgia Tech, Harvard and Emory Universities.

Karen is an investor and board member for a number of private, non-profit and public companies on the local, national and international level. Karen is on the board of Opportunity International, which provides funding and an on-going system of training and support to clients building up their lives and businesses in developing countries.