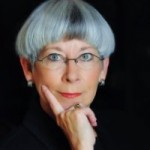 A self designated “biblioholic” !

That I wrote articles for Atlanta’s underground newspaper “The Bird”!

Sandra Hofmann currently serves as chair of the Innovative Subcommittee for the Atlanta Regional Commission’s Economic Competiveness Strategy Implementation Plan, which seeks to collaboratively address the most critical of the region’s challenges.  She previously served as CIO-in-Residence for the Advanced Technology Development Center (ATDC) at Georgia Tech, a nationally recognized science and technology incubator helping launch and build successful Georgia companies through strategic business advice and connections. Sandy’s professional career included 14 years at IBM’s application development center as well as serving in executive positions as the VP of Global Customer Support at Marcam, VP Technical Services at Simplex, CIO and Chief People Officer at MAPICS, COO for Turknett Leadership Group, and COO for Closets and More.

Her leadership has resulted in recognition including Georgia CIO of the Year 2003 from Georgia CIO Leadership Association (GCLA) and in October 2010 Sandy was selected as the first recipient of the GCLA’s Lifetime Achievement Award. She was 2003 & 2004 finalist for WIT’s Woman of the Year in Technology Award and received WIT’s Leadership Legacy Award in 2013. PathBuilders, Inc also named her Achieva Mentor of the Year. Georgia State University selected Sandy as the 2011 Distinguished Alumni recipient.  She is the creator and co-editor of CLIMB: Leading Women in Technology Share Their Journeys to Success published 2011 by Women in Technology.

Sandy has a BS in Secondary Education from Georgia State and has completed executive certification programs at Harvard Business School (fellowship for Excellence in Nonprofit Governance), Stanford and UGA Terry School of Business (certification from the Annual Board Governance Summit (formerly Directors’ College).