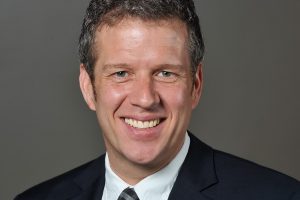 Mike Schleifer has been Managing Director of the Alliance Theatre since 2016 and oversees all operational, marketing, financial and fundraising activities.  He joined the Alliance Theatre in March, 2014 as General Manager. Mike is excited to have started an Equity, Diversity and Inclusion Committee at the Alliance and to serve on the League of Resident Theatre Diversity Steering Committee.  Prior to Atlanta he spent 13 years at Baltimore’s Center Stage working in a number of roles including Associate Producer, Production Manager and Resident Stage Manager.  Before Center Stage, Mike was the Production Manager at Playwrights Horizons Theater School at NYU and Company Manager and Casting Director at the Hangar Theater in Ithaca, New York.  Mike began as a Stage Manager in New York and was at the helm of productions at The Public Theatre, Lincoln Center Theater, Second Stage, Playwrights Horizons, and many others. He has over fifty stage management credits between his time in New York and working regionally. While in Baltimore, Mike was an adjunct faculty member at Towson University for seven years and has guest lectured all over the East Coast. Mike served for several years on the board of directors for Pumpkin Theatre, a not-for-profit children’s theater in Baltimore. Mike is married to theater director and educator Laura Hackman and is the proud father of two boys, Jack and Ben.

The Alliance Theatre is Atlanta’s national theater, expanding hearts and minds onstage and off. Founded in 1968, it  is the leading producing theater in the Southeast, reaching more than 165,000 patrons annually. The Alliance delivers powerful programming that challenges adult and youth audiences to think critically and care deeply.  Known for its exemplary artistic standards and national role in creating significant theatrical works, the Alliance has premiered more than 100 original productions, professionally launching important American musicals with a strong track record of Broadway, touring and subsequent productions. The Alliance is deeply committed to Atlanta artists, showcasing locally based artists on a nationally watched stage and sustaining Atlanta’s artistic community through the Reiser Atlanta Artists Lab.  The Alliance’s dedication to providing access to the arts is reflected in its commitment to create new work for all ages and to bring that work into classrooms and communities across Atlanta and throughout the region. More than 80,000 students each year experience age-specific professional performances and participate in acting classes, drama camps and in-school initiatives through the Alliance Theatre Acting Program and Education Department.