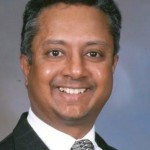 Narsi is a networking guru and one of Atlanta’s most loved community leaders.  The Kettering network where he is an instrumental part has grown from 100 to 1,300 in his years on the leadership team.  His hospitality and interest in meeting people included everyone, from a former Indian Prime Minister and diplomats to freshman Emory University students arriving at the Atlanta airport for the first time from India.  Originally from Tamil Nadu in India, Narsi came to the US several decades ago after his undergrad degree at the elite Indian Institute of Technology.  According to his niece in her tribute to him, “Narsi said, ‘Dad, I will have a bigger impact if I choose this route.  I will change more lives.’ He was right. He sure was right.”  Not surprisingly, the name of the IT consultancy he founded and ran called Paalam means “bridge” in his native language Tamil.

A former academician, Narsi received his PhD from University of Texas and became a Professor of Management Science / Management Information Systems at Georgia Institute of Technology from the late 80s to the early 90s.

He was also part of the NRI Pulse team for several years, with a column on business called Biz Talk.