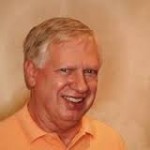 Sig Mosley started Mosley Partner in 2012, a venture fund investing in early stage technology startups in the Southeast.  However, there’s a lot of history in investing prior to this.  Widely regarded as “The Godfather of Angel Investing”, he was President of Imlay Investments since 1990.  Sig has been the most prolific Southeast investor in 120 startups.  He currently is the record holder of the largest Southeast Venture deal with the $5.7 Billion acquisition of Tradex by Ariba.

He serves on the board of directors of a number of private companies.  In addition, to the nonprofit Board of Director positions listed above, he also served on the advisory board of the ATDC, the investment committee of Gray Ghost DOEN Social Ventures Coöper and on the GRA Venture Fund Board.  Additionally, he is managing member of Flashpoint Investors, LLC.

Sig was inducted into Georgia Technology Hall of Fame in 2007, and received the Lifetime Achievement award from TiE is 2011.