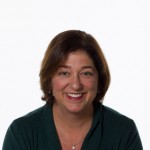 GEEARS was established in 2010 to help business, civic and government leaders maximize the economic return on the state’s investments in early care and learning. Children who attend high-quality early education are more likely to read at grade level by third grade, which increases their likelihood of graduating high school, attending college, and being equipped for the workforce. For every $1 invested in high-quality early education, on average, $7 is saved down the road as a result of lower demand for social services, reduced crime rates and increased tax revenues. GEEARS’ vision is that by 2020 all Georgia students will enter kindergarten prepared to succeed and on a path to read to learn by third grade. GEEARS creates public awareness and support for improved early learning and development, advocates for quality early learning and development for all of Georgia’s children, and aligns and mobilize key stakeholders for collective impact.

Mindy has had an extensive career in advocacy and government relations for nonprofits and corporations in Maryland and Georgia.  She served as Director of Government Relations and Public Affairs for the Baltimore Jewish Council and as Vice President of Public Affairs for Planned Parenthood of Maryland before establishing her own successful lobbying firm based in Annapolis, Maryland in 1999.  She was named one of Maryland’s Top Women in 2004. Prior to coming to GEEARS, Mindy served as the Advocacy Director of Voices for Georgia’s Children from 2007-2010. A native of Birmingham, Alabama, Mindy received her BA from Newcomb College, Tulane University and her JD from the American University’s Washington College of Law.  Mindy, her husband and their three children reside in Dunwoody.