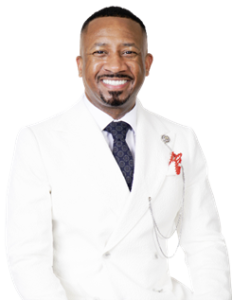 Community involvement  (past Chair or Board member of the following)

What most people don’t know about you

Dr. Kevin James is the 19th President of Morris Brown College. He made history by leading Morris Brown College to become the first HBCU to regain accredited status after a nearly twenty-year hiatus. He drew from his 22-year career as a higher education administrator, professor, executive business leader, and motivational speaker to fulfill his role as the Chief Executive Officer of the college. He is responsible for the leadership and management of all aspects of college operations. Dr. James is also responsible for the development and execution of the vision and strategic direction for the college, in concert with the Board of Trustees. To execute his preliminary vision of re-accreditation, he built a strategy around several core pillars: academic strength, governance, financial solvency, alumni partnership, and community engagement. Dr. James is committed to the legacy of Morris Brown, which empowers the community through education. He understood such empowerment could only be delivered through the pillars previously listed.

Dr. James announced a partnership that has people Rethinking what Morris Brown is capable of. On February 25, 2021, Hilton Hotels Worldwide and the global investment firm CGI Merchant Group agreed to partner with Morris Brown in developing a $40 million dollar hotel. A major component of the agreement was the ability to train students in the hotel and its restaurants. Construction begins fall 2022 on a 150-room hotel under the Tapestry Collection by Hilton.

As President, Dr. James has stabilized finances; increased fundraising; expanded and revised academic offerings; successfully guided the institution through TRACS accreditation; and led the College in reaching record-breaking enrollment increases in the past twenty years. Under his leadership, Morris Brown College has been completely transformed and revitalized.

In 2022, Dr. James was selected to Leadership Atlanta, Named Core 100 Most Influential Blacks Today, named one of 12 Prominent African Americans you should know by Upscale Magazine, named Honorary Chairman of The Walk Atlanta- National African American Male Wellness Initiative, named 22 to watch in 2022 by The Atlanta Business Chronicle, and named one of Atlanta’s Most Powerful Leaders by Atlanta Magazine. Moreover, he received the FACE of Influence Award and The Isaiah DeQuincey Newman Lifetime Humanitarian Award. In 2021, Dr. James was named College President of the Year by the Georgia Greater Black Chamber of Commerce and one of Atlanta’s Most Powerful Leaders by Atlanta Magazine. In 2020, he received the Winthrop University Alumni Professional Achievement Award for his outstanding contributions to higher education. Additionally, he received the 4 Brighter Futures Foundation, Inc. Chairman Award, was a Georgia Leadership Character Award nominee, Mentor of the Year for 100 Black Men of Atlanta, Inc., and Morris Brown College was named Top 10 Smaller HBCU that is Rising #4 by the HBCU Campaign Fund. Moreover, he was selected and completed the Higher Education Leadership Foundation/United Negro College Fund Presidential Leadership Institute.